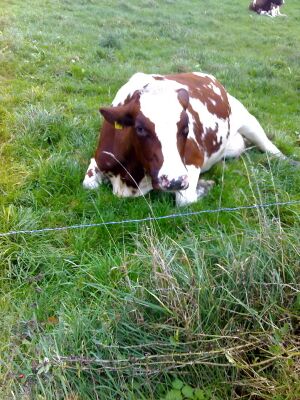 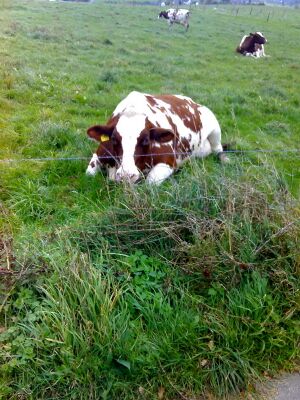 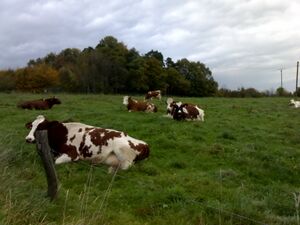 The word Chao was coined as the singular of chaos. In the Discordian religion the chao is a symbol of the pataphysical nature of reality; singular instances of chaos being at the center of pataphysical theory. The word is a pun that enables the following couplet in the Principia Discordia:

My friend once told me a tale..which involved a cow. He was feeling depressed that day. A young mans depression, bleek and harsh. He was living on a kibbutz then, and he was compelled to walk. He walked to where they kept the cows and slung his arms over the railing. He watched the cows stop and turn to look at him. Still chewing, they eyed him cautiously, fearing he might be some sort of predator. Even though these cows where hardcore domesticated, he could still feel the uneasyness they projected, its some sort of ingrained prey instinct.

One cow stood out to him. He watched her watch him. Her gaze full and stupid, hypnotized. He felt some sort of kinship with her. He decided to try to get her to come over to him. So lowering his gaze, he stretched his arms out towards her waited. After what seemed for a very long time (time slows down in proportion to your awareness of it) he started to hear steps being made towards him. But they were hesitant steps. Proceeeding and then stopping. Very wary!.

Nevertheless, she was making her way to him. Excited, my friend didn't lift his gaze as to alert or alienate the beast. He might of fallen into some relaxing meditation patiently waiting for her since he didn't notice her until he felt a wet tongue lick his hand. Full of saliva! He smiled. Looking up to the cow, he suddenly felt a deep love. A connection had been made to his remote feelings. As if she kissed him and made it all better. A cow is like Mother nature personified in an animal. He slept well that night. -KunDa