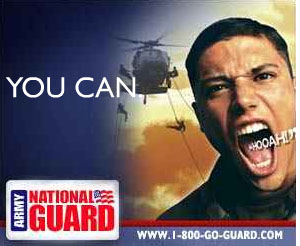 The Mantra of control on the North-American Mind.
The BavarianFireDrill of suicide
The Incantation for rigid robotic servitude
A deep-conditioned reflexive post-hypnotic trigger

On the other hand: The Military might define this as:
Definition of Hooah (hü-ä) interj. Slang used by National Guard Soldiers referring to or meaning anything and everything except “no.�?

Retrieved from "https://wiki.s23.org/w/index.php?title=HoooAH&oldid=3646"
Categories:
Cookies help us deliver our services. By using our services, you agree to our use of cookies.