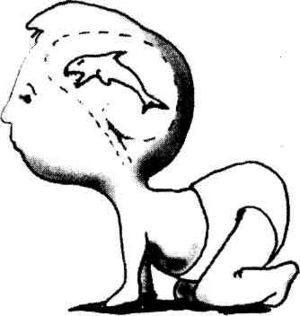 The savage mind, the old mind, the one we have in common with snakes and lizzzards neurophysically "located" in the Medulla Oblongata.

Breath is in under the influence of the reptillian mind as well which is part of the Autonomic Nervous System which mainly governs the involuntary systems of the body. That doesn't mean they, The four fountains and Nervous System, cannot be tapped into and mastered.

In fact Eastern esoteric arts systematically show how one can master ones own Autonomic Nervous System. The Hindu Yogic Sciences, Chinese Chi Gung, Middle-Eastern Sufism etc.. are all paths to the same goal.

Retrieved from "https://wiki.s23.org/w/index.php?title=Reptilian_Mind&oldid=18419"
Categories:
Cookies help us deliver our services. By using our services, you agree to our use of cookies.