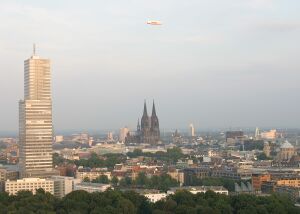 A city in northwestern Germany on the Rhine River

Cologne is also home to Evoke, the Soma Festival, Summerjam and Open Chaos 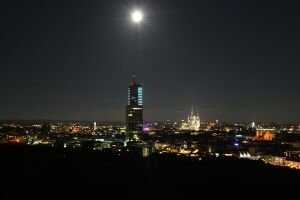 We also have a gallery of streetart in Cologne.

LonelyPlanet says: "A city so good you'll want to dab it behind your ears."

For the usage as perfume see:

Eau de Cologne (French for "water of Cologne", Kölnisch Wasser in German) is a type of light perfume that originated in Cologne, Germany and is defined by its typical concentration of about 2-3% essential oils. Today only used by old ladies and Japanese tourists as souvenir from Cologne ;-)